Before Brain Injury: Who the Survivor was Before His TBI

TBI VoicesBefore Brain Injury: Who the Survivor was Before His TBI

As with each interview, we spent some time getting to know who DJ was before brain injury. Who DJ was and the kind of life he had before the accident. 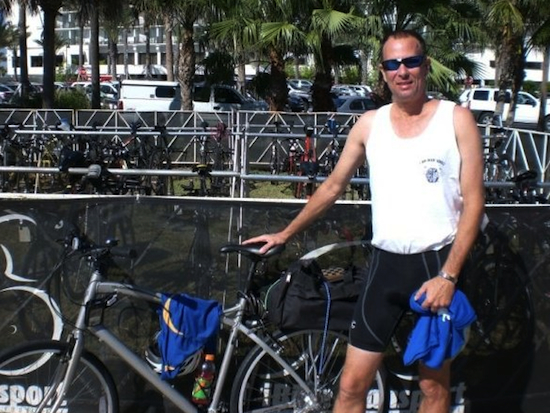 DJ was a good runner and athlete before brain injury and still bikes regularly.

Let’s talk about who you were before brain injury.   You are how old now?

You were a longshoreman before brain injury?

I really wasn’t.  I was working for a diving company for only about seven days.

Where’d you go to high school?

Did you to go college?

I’ve only taken a couple courses, which, coincidentally one of them was a psychology class and I got a B-.

So after you finished school, how’d you get to Florida?

That was a long trip, but, after about a year of working in a factory, and seeing what life..  I wasn’t college material.  I just didn’t study in high school. I mean I think I am capable of learning, even with a head injury, not a lot, in a short amount of time, but if I read something over and over again, you know, I can learn it.

But before I got hurt, I probably could have gone and gotten a master’s degree. I knew how to type; I knew English; I knew math.  I just never really got that big kick, to just want to keep going with school.  So after about a year of working in a, a factory, loading trucks, I went down on a Saturday, I went to a recruiter’s office, and I joined the Army.

So how long were you in the Army?

Were you part of the Persian Gulf War?

I got out, I was signing out of the Army the morning that Saddam Hussein took Kuwait. 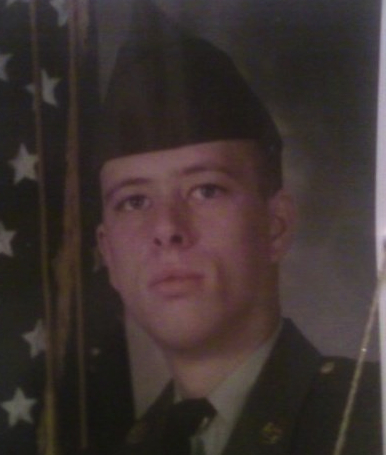 They didn’t call you back?

No, I was at third-army headquarters in Atlanta, and I’ve been on Middle East exercises, in 87 and 89, Egypt and Jordan.  They were training me for what they’re doing now.  So, I had been there, done that.  I played war and kind of been there and military was downsizing, there was just nothing really left.  There was nothing really left for me to accomplish there, so, I did six years, and I said good bye.

Were you married before brain injury?

Are you currently married?

DJ has been married twice, both ended in the early 90’s, close together. Both were short term.  He tells about the years of transitioning from the military before brain injury:

Well I got out and (my first wife) went to Germany, around January of ’91. I was just going to follow her and do civil service.  I still liked supply and I liked the military system and all that but I thought I would do civil service and maybe retire 14 more years, that’s all I’ve got left.  And she got over there and she was told that she was going right to the Saudi war.  No dependents can go.  So that kind of spiraled me.

I went home to Connecticut and I worked out on my old high school track team for a little while, just kind of volunteered to coach and drew unemployment through the VA.  But it was a great experience because I got to go back to my high school, told them about the pyramids of Egypt.  I did a presentation in one of the history classes about being the Petra, Jerash, even Stone Mountain when I was in Atlanta, but I’ve been to Egypt, Jordan, Petra, Jerash, California.

And it was neat to be able to go back to talk to the kids, train and work with them, tell them about the military, and some of them did run off and go in ROTC and all that.  With my first wife, we were young.  She called a few times and told me things that I really didn’t like too much, so we divorced.

I moved back to Atlanta and I stayed there for about seven or eight years.  And I remarried and that was just a mistake.  It was a total mistake.  I’m sorry to say that but we just really didn’t have that much in common.  It was more out of convenience.

So you were single how long before brain injury or before you got hurt?

Do you have any children?

Tell me about your running before brain injury:

In seventh grade my gym teacher saw me running around the bases playing softball, and asked me if I wanted to go up to the high school and train with the high school kids.  Not to compete or anything, but you know, to start getting into running.  So a day or two a week I used to go up there and got into it.  Went to summer programs, track meets. In my senior year I ended up making All Conference.  I finished seventh out of about 183 in my (cross country) Conference.

How about on the track before brain injury?

I was the 5,000-meter AAU or TAC.  I became TAC champion on the track.  I got into high jumping and hurdling.  I was a Shoreline conference high jump champion at about 5-10.  I jumped 6 foot.

How tall are you?

Did you keep running through your time in the military?

I was the fastest man in my basic training, AIT, and I never got beat by anybody in the Army in a 2-mile run.   I ran 10:27 in basic training.  It was 16 degrees at Fort Knox, Kentucky in February with about 4 inches of snow on the ground.  I was our platoon leader by then.  I went in there a bare base E1 and I came out the platoon leader.

Before brain injury a vet, an athlete, a waiter . All things that require a high level of cognitive and physical function.

Next in Part Five – Parents By His Side Through Coma