TBI VoicesComa Emergence: Waiting for Some Sign of Emergence

Just as the realization that “this is not good” is gripping Mike’s wife, the seemingly endless hours of waiting for coma emergence begin.  See http://waiting.com She tells the story of the next week and the coma emergence: 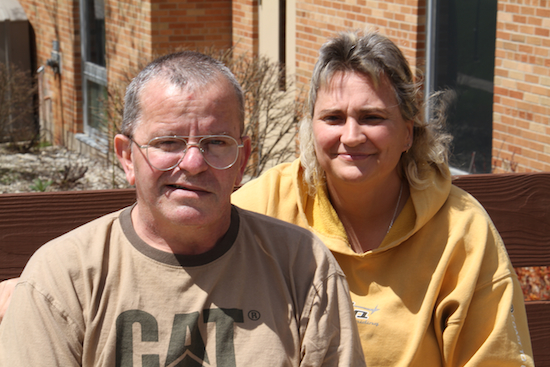 Of the decision to fight for Mike: “There was just no way (the doctor) was talking me into just leaving him be.” While Mike’s wife waited for Mike’s coma emergence.

Well, they did the surgery and he was in a coma for eight days after that.  I knew the whole while –  I was there that I stayed there for like six days and I wouldn’t leave the hospital.  I didn’t eat for three or four days.  I just couldn’t eat.

They finally told me that I actually had to leave his bedside or they weren’t going to  leave me in there anymore.  I needed to go eat something and take care of myself because he would need me to take care of him.

So despite the fact that the doctor was telling you he had little chance, he actually seemed to do fairly well after the surgeries?

I actually was to that doctor’s office the day before (Mike’s accident) with my injuries and talked to his assistant that he works with.  And she was there that night (that night of the surgery) and I actually seen her once and she was walking away with an apple, and this was about 7:00 at night.

When I saw the doctor who did Mike’s surgery, I kind of freaked out because, you know, the day before I was there, you know, telling him I had my neck fused, my back fused, whatever, and I went back to work for five hours a day and I just couldn’t do what I was doing anymore and telling him, you know, I can’t do this and, you know, now I’m like begging him the next day to, you know, save my husband’s life.

So anyhow, I had seen his assistant, and when I ran into her while my husband was in the hospital, she said that she had seen me there but she said I could never, I couldn’t meet up with you she said because you know what I knew you personally and this was the first time that I really ever knew anybody that we had to do, you know, brain surgery on  and that I knew it was your husband.

She said: “I felt so bad because you know what I got home at 2:00 in the morning she said and when I went to bed I said you know what her husband is going to  die, he’s not going to  make the night it was so massive. ‘

And that is weird that the doctor used “just massive”. And shaking his head “no” to just, you know, leave him go.  I have in the reports where he talked about the “grave situation” and everything, I have it right in the reports, and there was just no way he was talking me into just leaving him be.

So he had a second surgery.  He woke up after about eight days.  He was in ICU for about two weeks.

Mike’s wife never gave up hope that there would be coma emergence even after the grim picture that medical staff painted.

Next in Part Seven – Ignoring the Negativity of the Medical Prognosis