Self After TBI: Keeping the Good Part of Hisself

TBI VoicesSelf After TBI: Keeping the Good Part of Hisself

Self After TBI: Jeremiah Conclusion

Our interview concluded with Jeremiah’s thoughts about his self after TBI and the importance of the support that he received from his wife and others. 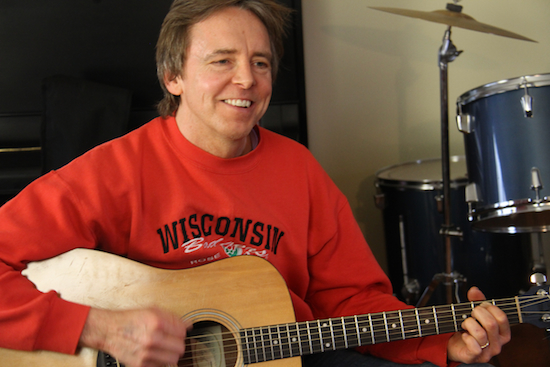 Jeremiah about Caregivers: “Tell them you love them. Tell them you don’t want them to leave you. Just let them know what you care about them because this is why they’re doing this.” The importance being how he feels about his self after TBI and how others feel about him.

As with most of my interviews, I concluded with Jeremiah, not with song, but with words he wanted to leave the brain injury community with.  The most important of how he felt about his self after TBI.  I asked him:

Well, believe in its worth, believe in its worth to help others and to be a part of others who help you and to be a part of one as a whole.  Nobody is alone in the world and I read so many stories of so many others with so many difficulties and so many who have, have had good things and so many who have had bad and – but the thing is all can have both.  It – no matter what – how bad something is, do whatever you can to try to overcome it and let the promise within your heart, drive that and, and you’re going to succeed.  It may not be in the manner you think you want to but it’s in the manner that is necessary for you.

How do you find that in your soul, ourself after TBI  at three months, at six months, at a year?

You just keep pushing.   Sometimes it’s just work and well I shouldn’t say that.  All the time it is work but sometimes it feels like that’s all it is.  But you have to try to keep it in the back of your mind and in your front of your mind and all throughout your mind that it is worth it and it will be worth it.

The other thing is always keep recording or whatever ways of in your memory of all the little good parts.   So then when you have a difficult, bad part either you or your spouse or a friend or anybody can say well let’s get your booklet out,  that you have of your good parts.   There are many good parts about you and even if they’re not ones that you wrote or told about yourself,  then let the others tell you theirs.

What was the single biggest thing that having a loving, committed wife meant to your self after TBI?

Well, motivation.  I’m not sure if that’s what you’re getting at but –

Was there a specific moment that really worked, made a big impact on your self after TBI?

I don’t remember telling her this but, but she has reminded me many times,  she would tell me that the day I woke up was the day of our first wedding anniversary because we got married not quite a year before when it happened.  And she would tell me how that was the best gift to, to see me awake or with my eyes open and she said that I told her that I loved her and please don’t leave me.  I always remember this, yeah.

What would you tell another survivor about the kind of little things they can do to keep those people who love them feeling good about, about all the effort it takes.

Tell them you love them.  Tell them you don’t want them to leave you.  Just let them know what you care about them because this is why they’re doing this.  It’s because they love you and care for you but they’re also doing this because you love them and care for them and so to hear that from somebody is very, very, very beneficial to them to drive themselves just as it drives you, they need it as well.