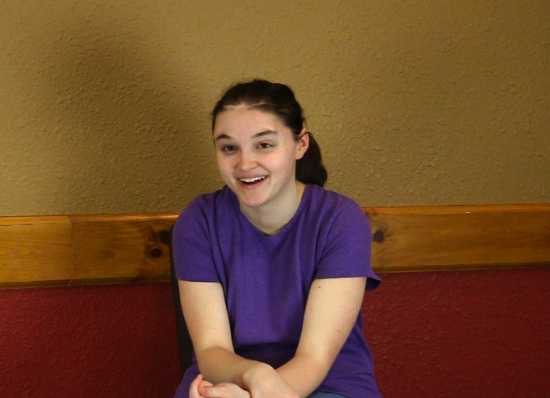 “When I was a child, I spoke as a child, I understood as a child, I thought as a child: but when I became a man, I put away childish things.” 1 Corinthians 13:11:  [1] We learn to become adults in our frontal lobes, probably because this is the largest uncluttered part of our brains when we reach the years when the most complex aspects of human behavior are learned.  Most people think of brain injury, particularly severe brain injury as a thinking/cognitive disorder.  But in its most intransigent manifestations, it is primarily a disorder of behavior, specifically adult behavior.

Children are wonderful.  They can approach life with such wonder, such joy, which adults can only envy.  Were we  to once again enjoy Christmas morning again the way we did as a child… Yet, when that childlike wonder at things invades adulthood for more than small doses, when the reality of a survivor’s future is enduring childhood, then it is serious cause for concern.

There are a few undeniable truths about brain injury but among the most significant of those is that frontal lobe injuries caused by a TBI skull fracture, are nearly impossible to assess in the controlled behavior environment of the neuropsychological laboratory and that it can take a decade to fully assess frontal lobe deficits in children with a TBI skull fracture.   Spend five minutes talking to an 18 year old survivor of a TBI skull fracture, such as Nancy and you may be pleasantly surprised at how unimpaired they appear to be.  Conversation may appear completely normal.  Short term memory far beyond expectations.  There may be no signs of disinhibition or behavior extremes.

But spend a few more hours and actually do something with that survivor of a TBI skull fracture and subtle abnormality may begin to show.  The first evidence may be that delightful childlike joy at discovery.   How refreshing you think,  how delightful to find a young adult who isn’t a snot.  Yet,  even while you enjoy the contrast, you will begin to realize that something just isn’t right.  This unfiltered emotion seems dynamically out of place for someone of this age.  There appears to be little concept of a “stop sign”, the sense that enough is enough.  Shopping is a lot of I want this, I want that.  As you listen more carefully to conversation, the questions asked are a clue.  There is no expectation or appreciation of privacy, with questions no young adult would ever ask of anyone but a best friend.  If the word “precocious” were used in the context of a child with a non-age appropriate interest in mature subject matter,  I would coin the term dyscocious for a young adult survivor who has a childlike grasp of mature subject matter.

Then add a simple challenge like ordering a meal.  It is not just the anticipated difficulty in deciding from a complex menu of choices, but it is also the exaggerated expectation that they really can have it “your way”.

Brain injury hits each child differently, not just because the pathology is unique, but because it will sidetrack maturity differentially depending on the age of the survivor at injury.  A 16 year old who has learned some life lessons will have different set of challenges than a 9 year old.  Further complicating the assessment challenges is the different family dynamics from case to case.  With a strong family structure, with continuing parental authority, many of the challenges of growing up will be overcome, albeit at a different rate as might otherwise be expected.  Remove that structure and development might be entirely haphazard and dangerous.

Our story of Nancy highlights these exact issues.  Nancy has smart, strong and loving parents, and has navigated the nine years of schooling from fourth grade to high school graduation with far less difficulty than expected.  Yet, high school diploma in hand, she is still decidedly a young teen in terms of maturity, and in no way ready for independence or life choices.  Yet, listening to Nancy herself, she shows no apparent cognitive failures with her TBI skull fracture.  It isn’t her inability to converse that is abnormal, it is the topics that interest her, her childlike interactions that are the footprints of her disability.

Nancy graduated from high school nine years after her severe brain injury cause by a  TBI skull fracture, without academic problems and with few accommodations.  Yet, a few questions and answers make it clear how different she is from her 12th grade classmates.

Tell me about starting high school.

Well, it wasn’t really much different from my from the middle school since it was like just next door.  But they had recently built a new building and I was the first year of kids that got to go into the first, into the new building.

So you got to walk into a brand new school?  What was that like?

Did that cause you any anxiety or concern?

What, what kind of things do cause you anxiety, makes you nervous, gets you excited?

He’s part of my favorite band.

What band is that?

And how old is Joe Jonas?

And tell me about Joe Jonas.

Nancy is 18.  Her romantic world is tied up in the same dreams and illusions that 12-year old girls are.  While she has progressed in the nine years since her wreck – her maturity is beyond that of a nine year old – she is not maturing at the same rate as those she went to fourth grade with.  Having your daughter not be in a hurry to grow up in some ways makes parenting simpler.  It is much easier to cloister your daughter who is more interested in a celebrities than the young men in her real world. Yet, childhood has a natural end and for Nancy, that end is perhaps still a decade away.