Physical Injuries Caused by the Accident

I asked Jeremiah, what other physical injuries he suffered:

Well of course, I suffered a very bad broken skull and face and such and broke ribs, my clavicle, I believe, which is your shoulder blade was broken and those weren’t fixed.  And, oh I broke my, or I, I damaged my, my brain stem, yeah.  Excuse me if I can’t remember things very quickly sometimes.

I am partially paralyzed on the right side of my body from my head to my toe.  It’s hard to do things with my right hand but, if I really concentrate – let’s say I learn to do this by really concentrating and but that’s and the guitar too.  I took a lot, a lot of work to coordinate between each hand and my voice.

I had many surgeries after but not on the brain.

Where else did you have surgeries for your physical injuries?

Well, the side of my head that was so crushed.  The inner ears were damaged as well, and so that’s the inner ear on this side.  What actually happened is the stapes bone, which is the smallest human bone, which is the bone connected to your eardrum that was broken as well.  And, so they removed that broken bone, I think many months, maybe a year later and replaced with a piece of titanium to see if I could get some hearing back in it.  Now, this side the ear rings constantly.  Very, very loudly but I can hear a little bit out of it. 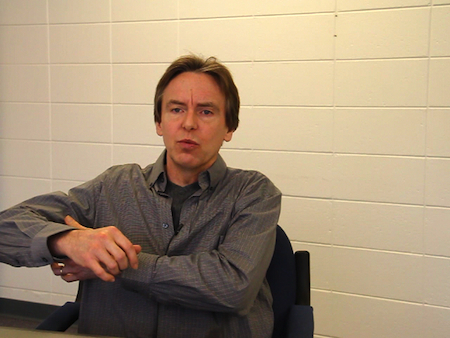 Jeremiah talks about his physical injuries other than his brain injury. 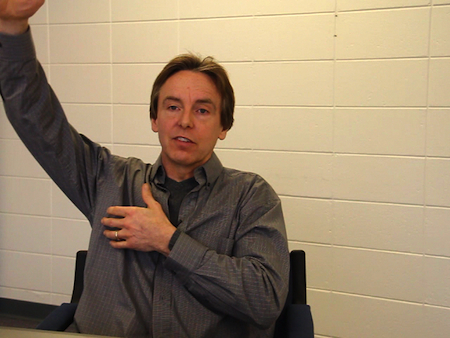 Jeremiah Demonstrates the recovery of his range of motion of his right arm from his other physical injuries.

Talk to us about getting back the use of your right arm and your right hand:

Yeah that was what I was going to tell you about at the hospital. that I’d forgot.  But see, of course, I couldn’t move it, and what they did to enable me to move it again, and I think they might have did this with both arms, but they would take and lift it, little more each day, and it would really, really intense pain.

In fact they told me that what happened was that ligaments grew in there when you couldn’t move.  They grew, and my guess, but I don’t know because I’m not a physician, is that perhaps scar tissue maybe grew in there.  But whatever it was, it, it grew in the whole joint, and so it would tear as they lift a little more, little more, little more, and then a year after then it was okay.  Well I could lift it up so much and then keep going more and more and more until now I can lift it up.  But it still is an effort.