Brain injury is a Process, Not an Event

Brain InjuryBrain injury is a Process, Not an Event

“Brain injury is a process, not an event.” That one phrase has guided my advocacy with respect to concussion as much as any one thing. The author? Thomas Gennarelli, M.D. I am not sure when the first time he said it, but one such place he says it is the Chapter on Trauma in the famous neuropathology text, Greenfield’s Neuropathology: Graham, Gennarelli, Greenfield’s Neuropathology, ©1996 Oxford University Press, page 209.) He explains that quote further as follows:

“In various combinations and various severities, the resultant cellular dysfunction (of brain injury) defines the nature and extent of the primary injury, the outcome of which may not become apparent for several days or even weeks after injury.” (Graham, Gennarelli, Greenfield’s Neuropathology, 1996, page 197.)

The implications of that one statement are really quite staggering when compared to our normal triage for a brain injured individual. In my experience, a significant concussion will get these two primary evaluations. First, some EMT personnel will be on the scene, asking the person basic questions like what do they remember of the accident, where they hurt, were they unconscious. Then presuming they are transferred by ambulance to the hospital, the emergency room staff and the physician will ask similar questions, including almost invariably the three questions of orientation of the Glasgow Coma Scale: do you know who you are, where you are and what day it is? If they get those three questions right, they get a “perfect” Glasgow Coma Scale of 15 and are likely sent home.

When there are lingering questions about orientation, a report of uncertainty or a corroborated loss of consciousness, they may get a longer evaluation and a CT scan. Mild concussion survivors are sent home three to four hours post injury. More symptomatic survivors may take a little longer for the CT scan to be read and evaluated. Regardless, nearly all concussion survivors are released from the medical system by six hours after their accident. Big deal, brain injuries get better not worse, right?

Not if you believe Dr. Gennarelli’s published words. Greenfield’s says that it takes 24 to 72 hours for typical axonal swelling to occur. But to understand this issue fully it is important to understand more about neurons, the myelin sheath that protects them and the traumatic defect in the cell that occurs at the time of trauma, something called mechanoporation. “Mechanoporation is the creation of a traumatic defect in the cell membrane that occurs as the lipid bilayer is transiently separated from the stiffer protein inclusions such as receptors or channels.” Greenfield’s, page 204. 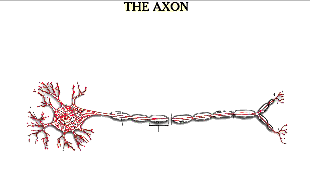 Sounds pretty damn technical for a blog? What “mechanoporation” means is that a defect is created in the insulation that protects the axon from the potentially toxic neurotransmitter chemicals that surround the axon. Each axon has small channels to allow just the appropriate amount of these neurochemicals into the axon, to allow it to transmit the electrical impulse down the axon. In the traumatic event, the axon gets stretched in such a way that the channels are opened too wide and too much neurochemical gets in to the axon. The result is toxic, but it can take up to 72 hours for the toxin do its damage.

More about such neuropathology in our next blog.