Brain Injury Internet use can help with diagnosis, symptoms and care for the brain injured. One can view the internet use as just an electronic library, where far more the published words can be brought instantly to your desktop.  And as someone who was weened on libraries and taught by librarians, I entered the internet use era with a strong preference for books and stacks.  I am still old school enough that I prefer Legal Digests to Westlaw. 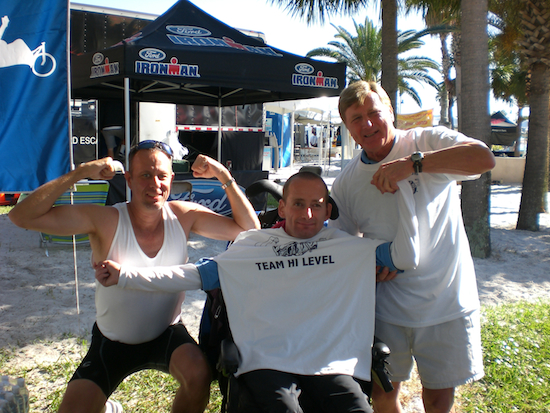 DJ’s TeamHiLevel is a big step towards better connection among all elements of brain injury community.

But very early on, the internet became for me a two way street of communication, not just absorbing more learning, but also contributing back to the collective knowledge for brain injury internet use. Yet even that  two way street of communication was not a revolutionary departure for me, as I originally uploaded works that had been written for print.

What makes brain injury internet use revolutionary has been its interactivity.  The internet use of this generation is not just an incredible library with a lightning fast reference librarian, not even just a free printing press to the world.  Today’s internet is a portal for connection.  It is a virtual organism that can renew life after brain injury. The internet, Facebook, social networking have the potential to provide the path for recovery to all those in need.  We must continue to innovate in the ways we use that interactivity.  DJ is such an innovator, thus I challenged him to think about ways to leverage the money that is available for TBI care to help more people.

Yes.  A.  Learn your own medical records.  Somebody wrote me back recently and said, “You know what?  I thought I knew my medical records.  Then I took another peek at them.  He said I had three strokes instead of two.”  Is that a big deal?  Maybe not or in my case I didn’t know my shunt was being taken care of wrong.  That could have led to me going back in the hospital.  So, we can be smarter.  You know?

And it has, by the way, the Connecticut Brain Injury Association, the Arkansas Brain Injury Association, has been unfunded.  I’m from Connecticut and then I have some people in Arkansas that have told me.  There’s people that are doing it out of the courtesy or the kindness of their heart.     It is getting cut.  Things are starting to fall by the wayside and they’re talking about cutting the Medicare so if somebody goes to the hospital with a brain injury, are they going to stabilize them and send them home?

Brain Injury Internet Use Can Be Helpful

How does brain injury internet use help people with issues like judgment and planning, anticipation, disinhibition, impulsivity?

I’ve learned that it’s the person that’s going to make changes.  Recently I had a friend come down from New Jersey that I met in our group and just kind of very unorganized.  You know?  And didn’t realize that they had spent money in different ways and, you know, I gave a pen and paper to that person and I said, “Well, you got here on Tuesday.  This is what you spent.  I know that because I remember, and then Wednesday.”

I use my Yahoo! Calendar.  When I get home tonight, I will put a message on that calendar whether I’m about to fall on my face or not. I’m sorry, I can do it on my cell phone because I’m staying with a friend tonight.

Do you find that because you are creating written communication with your brain injury internet use so much of the day, that you are beginning to remember better?

I mean you, look at how much I’m quoting my medical records and what I did on July 9th of 2005, you know, I, and I was at a baseball game.  I was at the Red Sox versus Rays game on July 9, 2006, I’m sorry, 2006.  But yeah, I find that repeating it over and over again helps me to where I know where my settlement was done.  I know how much it is, I read it all the time, I know what it should be.  But there’s so many people that you can recommend this stuff to.  As I’ve said with my visitor, she didn’t even want to write the pen and paper.  She wanted to sit on the floor and cry and I was like, that’s not going to help you.

What did you spend on Tuesday?  Well you’re calling me stupid.  No, I’m not.  I’m trying to help you understand where everything went.  Some people don’t want answers.