As we start our interviews with Lethan we are revisiting themes of brain injury.  Lethan has a very unique way of telling about his brain injury in order to share with those who are survivors themselves.

We started http://tbivoices.com with Lethan Candlish’s performance of “Who Am I, Again?” in September of 2010 and published our first interview in January of 2011.  We have organized our interviews with an alias in alphabetical order, with the goal of making it through the alphabet twice, likely over a two-year time frame.  Now after six months we have come to the letter L. For the letter L, we will not use an alias, but will instead turn to Lethan, our charter storyteller and the inspiration for this project. 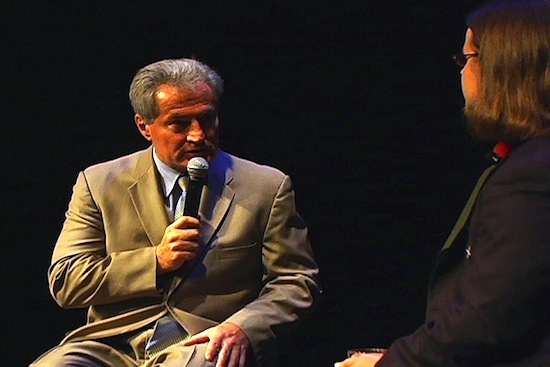 Thus in Lethan’s  chapter, while addressing many of the same issues that I have with our other participants,  I will thread the drama of “Who Am I, Again?” story into a commentary about what we have discovered in half a year of listening. In the Lethan chapter, we will focus on the Event, the phone call and impact of severe TBI on the family, who Lethan was before his injury, rehabilitation, relearning to walk, importance of community and family support and education. We will conclude with mood, behavioral challenges and self actualization.  As we tell Lethan’s story on his themes of brain injury, we will also weave into that story, some of the non-Lethan specific elements of “Who Am I, Again?”, the stories  of Larry, Sarah and Tony.

We begin the Lethan discussion with the issue of why the “Who Am I, Again?” story rings so true to both survivors and caregivers: Lethan has touched on common themes of brain injury which weave through many of our stories.  I asked Lethan about this:

Well, it was very interesting.  One of the things I’ve learned a lot through story telling is that it’s all the same story just different details thrown in. When I began working on this project my goal was to tell my story.  But as I continued to work with the project and to do research, I’d meet more people who also had brain injury.  I began to recognize that it wasn’t really my story – that it was a story that we all shared and that helped me realize  the common themes in so many stories. It also helped me put my own story into perspective.

What are the common denominators in the themes of brain injury that actually started as many stories?

The stories were collected by a wide variety of different people who I met at the Crumley House, brain injury rehabilitation center.  I condensed it – condensed their stories into three characters to make it a little bit easier instead of having 20 different characters to follow.  Three is much more manageable.

Some common themes I began to find were – I hesitate to say it – acceptance – but a recognition that this incident has made us who we are. I also began to see – almost a gratitude for the accident again like Larry says in the – in his final story.  Not saying that we’re glad that it happened but that we’ve learned a lot of things that we wouldn’t have learned otherwise.  That wasn’t a universal theme but I began to see that in a lot of people.

What Lethan’s character of Larry said:

Larry tells me that if he could have any wish in the world, any wish at all, ‘I got no idea what I would actually wish for, probably more wishes or something like that.’  But one thing I wouldn’t wish, I wouldn’t wish that my accident didn’t happen.  Now I’m not saying that I’m glad my accident happened.  I mean, it has sucked and it’s been real hard, but you know I also met a lot of really cool people who I wouldn’t have met if it hadn’t been for my accident.  And I’ve done a lot of cool things that I wouldn’t have done otherwise.  And you know, my accident, it’s kind of made me who I am today.

The importance of community in recovery will be discussed in much greater detail in this story, but it is one of the common themes of brain injury that the relationships that were built because of the connection to others that came from rehabilitation, become central to life going forward for both the survivor and the caregivers.

Next in Part Two, “There is a Phone Call”

The full performance of “Who Am I, Again?” can be viewed at http://WhoAmIAgain.com