Dozens of people were taken to the hospital Saturday night in Madison, WI following an incident with carbon monoxide, according to the Wisconsin State Journal.

The incident forced the evacuation of a wedding reception at Salon Centinela, an indoor soccer club. 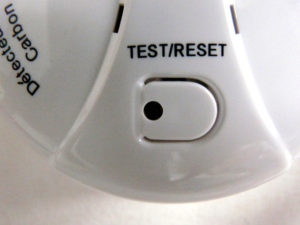 Emergency personnel were called to the venue after someone fainted at the wedding reception.

500 ppm is a potentially lethal concentration of carbon monoxide. If the levels were high enough for someone to faint, a significant proportion of others at this event are at risk for brain damage and other problems. Carbon monoxide poisoning gets worse in the days after the event. Anyone who was at this event and is not feeling well today, needs to go back to the hospital and keep going back until you feel better.

Paramedics were approached by other guests who were concerned about the generator supplying power to the band. Others also said they were feeling ill.

Firefighters entered the building with monitors that measured carbon monoxide in the entryway, levels peaking at 405 parts per million in the center of the building.

The generator was moved outside, but the firefighters still determined the building needed to be evacuated and ventilated.

They used a microphone to shut down the band and evacuate the 300 guests, before ventilating the building.

Those who fell ill ranged from young children to older adults. Children and older adults are two of the groups that are most vulnerable to carbon monoxide poisoning.

Breathing in carbon monoxide decreases the blood’s ability to carry oxygen to the rest of the body. Low oxygen levels can lead to cell death in the heart and brain.

Headache, dizziness, nausea, and blurry vision are some of the symptoms of carbon monoxide poisoning, among others. It can mimic common illnesses, such as the flu and food poisoning.

Optimal treatment for carbon monoxide poisoning includes hyperbaric oxygen, which reduces delayed neurological sequelae. More symptoms can come about in the weeks following the incident, so it is important to have adequate follow up.

More than 400 people die a year due to unintentional carbon monoxide poisoning in the United States, according to the CDC.

All of the patients remained alert with stable vital signs. This event shows the dangers of operating fuel-powered equipment like the generator indoors.

When operating a gas-powered generator to supply electricity, be sure to keep it a safe distance from the home.