We talked to Dr. Zahinoor Ismail, a neuropsychiatrist at the University of Calgary and one of the researchers promoting a new survey whose results could be a sign of a very early stage of dementia. So, is this survey a good or a bad thing? The jury is still out. Some say that there is a risk of overdiagnosis, but Dr. Ismail negated this in our interview with him. 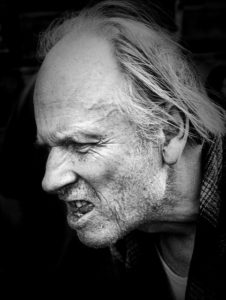 “We were very explicit that duration of symptoms are of at least 6 months, impactful on one’s life, family, and work, and are a significant change from longstanding behaviour or personality,” Dr. Ismail said in our interview with him. “Without those caveats, there certainly would be overdiagnosis. And of course, other medical causes need to be ruled out, infections, inflammatory conditions, et cetera.”

He cautions against equating mild behavioral impairment with dementia. “Bear in mind, that an MBI diagnosis doesn’t equate with dementia,” Dr. Ismail said. “It describes a group of people who are at risk for cognitive decline, greater risk than age matched people without MBI, who have historically been overlooked. The percentage of people with MBI who will progress is yet unclear, and there is research starting globally to look at this.”

Personality changes that persist for months could be a sign of a very early stage of dementia, according to Dr. Ismail. The survey used to identify this very early stage of dementia has 34 questions and was presented Sunday at the Alzheimer’s Association International Conference in Toronto. An example of one question was “Has the person become agitated, aggressive, irritable or temperamental?”

Another example is “Does he/she have unrealistic beliefs about his/her power, wealth, or skills?” Or, “Does he/she no longer care about anything?” If one answer to these questions is yes and the behavior has persisted for months, it could be grounds for a new diagnosis. The new diagnosis is called mild behavioral impairment. Changes in mood or behavior can precede the memory and cognitive dysfunction of dementia.

Some are saying that this is a necessary test that must be implemented. For example, Nina Silverberg, the director of the Alzheimer’s Disease Centers program at the National Institute on Aging, said we do need this test. “Most people think of Alzheimer’s as primarily a memory disorder, but we do know from years of research that it also can start as a behavioral issue,” she told the New York Times.

As dementia progresses, behaviors will change. It is important as a caregiver to find support. The Alzheimer’s Association is a great resource for caregivers. It’s important to not take behaviors that might include aggression and agitation personally. It’s also important to remain patient and calm. One remedy may be creating a calming environment for the patient. The aggression and agitation could be a result of pain.

Dr. Ismail believes that behavioral changes are part of the dementia, not separate from it. He said that the thing that is eroding the memory and thinking centers could also be negatively impacting the brain’s emotion regulation and self-control centers. He added that if two people have mild cognitive impairment, the one with mood or behavior changes develops full-blown dementia faster.

Simply experiencing a mood change does not qualify a person for mild behavioral impairment. It must persist for six months and be a fundamental change. Although it might aid in early diagnosis of some cases, it might also frighten some people. They may fear that they will be diagnosed with a disease for which there is no known cure. They might start doing more tests and brain scans, go to the doctor more and more, and become more and more concerned.

It is clear that memory impairment is not the only symptom of dementia. There are behavioral impairments as well. People with dementia tend to lose their internal critic, according to this website. They might lose their sense of what is socially appropriate. They might use obscenities, drink more alcohol, or engage in inappropriate behaviors. The experts presenting this new diagnosis are saying these behavioral changes alone can be early signs of dementia.

Although apathy is one change, the behavior changes can be even more dramatic. One seventy-year-old woman became sexually promiscuous, according to Dr. Ismail. Another previously law-abiding older man started smoking crack. These were drastic changes from their previous characters. Both of these people developed dementia.

If someone is experiencing behavior changes such as agitation, medications can help with that. Anxiety can be managed with anxiolytics, or anxiety medication. Antidepressants can help alleviate symptoms of depression in some people. Antipsychotics, such as Abilify, Geodon, and Zyprexa, can alleviate hallucinations or delusions which can cause agitation. Hypnotics, such as Ambien, can help the person if they have trouble sleeping.