Georgetown will offer preferential status to descendants of slaves

Brain InjuryGeorgetown will offer preferential status to descendants of slaves

Georgetown will award preferential status to the descendants of 272 slaves whose sale it profited from in 1838 among other efforts to atone for the past, according to the Washington Post. The sale, organized by two of Georgetown’s early presidents, was worth about $3.3 million by today’s standards. 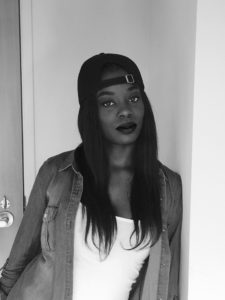 Cenkeshia Johnson is a graduate of Milwaukee Public Schools. She worries that what Georgetown is doing to atone for its involvement in slavery may not be enough.

“It’s a little bit too late,” said Cenkeshia Johnson, a student at Northwestern University in Evanston, Illinois. “They should’ve been doing something about this years ago.”

The question remains as to whether or not this is enough when it is so difficult to trace the descendants. “There are so many families who were ruined and torn apart,” Johnson said. “It would be hard to find that history.”

The slaves didn’t speak English, so they were given different names, she added.

“It’s just a big puzzle to find who is who,” she said. “How do you put the puzzle pieces together?”

Georgetown will also erect a public memorial to the slaves whose labor benefited the university. The president plans to create a committee to be in charge of this, which will include some of the descendants.

“Apologizing and naming a building after a slave wouldn’t be enough,” Johnson said. “Think about how many families were separated and broken being a part of the slave trade.”

So far, the reparations do not include a scholarship. However, historians say that giving preferential status to the descendants is unprecedented. Preference will be offered to all descendants of slaves whose labor benefited the university, not just the people sold in 1838.

Georgetown is not alone in acknowledging its participation in slavery. More than a dozen universities, including Brown, Harvard, and the University of Virginia, have publicly recognized their ties to slavery. But, according to historians, Georgetown is the first one to offer preferential status to descendants of slaves.

Dr. DeGioia also plans to allow descendants to have access to genealogical information housed in the university’s archives.

But some descendants are worried that this is not enough given the suffering that the slaves endured. Karran Harper Royal, one of the descendants of the slaves sold in 1838, told the Washington Post that she was disappointed the university wasn’t offering a scholarship for descendants. And she also said she “felt the sting” of not being formally invited to Dr. DeGioia’s speech.

Johnson echoed some of Harper Royal’s concerns, worrying that their plan falls short. “Now if you really want to do something better, try to educate black kids coming out of high school,” Johnson said. “An apology is not enough.”

Johnson was a graduate of one of the most troubled school districts in the country, Milwaukee Public Schools. Transitioning from high school to the University environment is very difficult for too many urban students. While black students are often well represented in major universities now, students from urban school districts much less so. It is time that the power of education was directed at those who most need it.