About Skull Fracture and Brain Surgery

In part six I talked to Nancy’s mom about what was to come once she realized the seriousness of her injuries.  We talked about skull fracture and brain surgery. 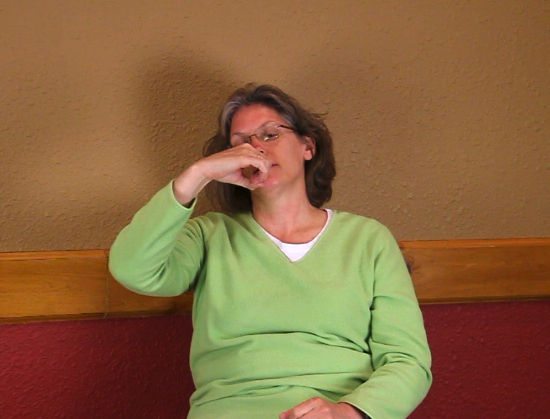 While Nancy’s friends and family were shocked at her appearance, Mom was somewhat prepared:

You had seen significant injury in her when she saw her initially?

Right.  She had actually a gash over her left eyebrow and that was all.  There was not even – barely a trickle of blood that was even present, but it was the way the forehead and everything looked that was just distorted because she was getting sick and everything when I saw her in the hospital.  I didn’t spend a lot of time with her.  We were more worried about the arrangements and how we were going to get her out of there and go.

About Skull Fracture: Nancy had a Hole in Her Head

What did you know about skull fracture and the degree Nancy had?

She had a crush injury on her right side up here towards the hairline, frontal lobe.  It didn’t get into the temporal lobe that we know of.  That was a crush impact injury with the hole being like that.  So about inch and a half diameter.

A hole in the skull?

Yeah.  And that was punched in and we figured that that was by some sort of knob of some sort or handle.

It was like somebody had taken a, a punch press or something?

Yeah, punched it in, and her left eye where that hole was over the actual initial scar is she has a garage door fracture.  Is the way they described it to me is when she hit, she hit on her eyebrow here, I can’t remember it, occipital?

Orbit.  Or excuse me is orbit roof and crushed it upwards and it folded in on itself and went straight up and didn’t punch back into the brain that we knew of at that time.  So, she is very lucky at that.  She lost the, the roof of her eye, the protective bony structure of the top of the eye.  It just collapsed up like a garage door would go up.

How long did the surgery take?

The surgery took about 5½ hours, and we were all crammed in one of these little sleeping rooms in the pediatric ICU area.

They have some rooms just because it’s pediatric for moms and dads?

It’s a, a ICU unit and they have a sleep area there and a bathroom with a shower and everything. But it’s the ICU had just been refinished and it was really spacious and very nice that we had that, that space available for us.  Then we had computer use in a little like a family waiting area with couch and, phone system there that we could call anybody we wanted.

She makes it through the surgery? What do they tell you?

Nothing.  There’s no prognosis.  There’s nothing.  They just had told me what they found and that they debrided the area, took the dura mater layer off and took out all the debris that was there and repacked her ephnoid sinuses up her eyebrows.  And because they don’t want infection and they were going to use her natural body composition, like the bone, bony fragments, the smaller ones, and the dura mater.   I’m sorry, I could be quoting that wrong, but they packed her ephnoid sinuses so she would have less chance of infection, and because at that point the, the brain would not be able to be repaired or excuse me, the skull would not be able to be repaired for another six months.

Because they have to wait for all the swelling to go down?

Right, right.  So, their main worry was did she have a sinus infection?  Did she have a fever?  Did she have any dental work done recently?  And so we went through the whole infectious control process of her admissions.  Then, when I saw her she was back in the ICU with her big C-collar on.  She had really long hair so they had her hair tied above her head in a gauze ponytail, and her hair was laying above her.

But they didn’t shave her?

They shaved like a headband piece right across the front, and, she was all bandaged up of course at that time.

They cut above her what would be her natural hairline further for the incision?

What they mentioned is that they took out anything that they could debride that they thought would impede the healing process, of, of the brain and the dura matter.  They tried to repair as best they could so that there wouldn’t be that infection process going on and that, of course, then any of the bony processes that were left where the brain was still swelling and coming through, they made it smooth so it wouldn’t interfere with any of the, the brain tissue.

So it’s now morning, she made it to the surgery, but no answers.  Just waiting.  What are you hearing from your husband?

Any family members left behind?

Well on my way down, thank goodness for cell phones, and we’re talking little Motorola’s, it felt like, like James D. Kirk.  I called his family, which was his brother and sister-in-law and other brother were coming back from the Tomahawk, because – and their family is a big hockey people.  So they were coming back from a tournament and I had called them and I don’t if I was talking so calm that people just didn’t believe me or they just didn’t understand the severity of things.

I said, “You need to visit your brother.  You need to go to the hospital. I need somebody there for him, because he’s, he’s going to be going through all sorts of horrible thoughts and ideas,.”,

Not even knowing the extent of his injuries until, oh boy, it was at least two days later, until I found out what his status was completely because when I would talk to him, he was so in and out of it.  At times I didn’t even know if he heard a word I said, and he would always ask, “What’s, what’s going on?  How she is doing?”  Well she made it out of surgery.  “Well, what’s going on?”

How is Nancy doing at this time?

Well she’s not doing well.  She’s still in a drug-induced coma and they had I think 12 different IV lines plus a feeding tube hooked into her, and she didn’t have to have a trach she had a central breathing tube, I guess.