Before Traumatic Brain Injury: Who Was This Survivor?

TBI VoicesBefore Traumatic Brain Injury: Who Was This Survivor?

Lethan talks about who he was before traumatic brain injury in part four.  He uses his story  “Who Am I, Again” to explain his thoughts. 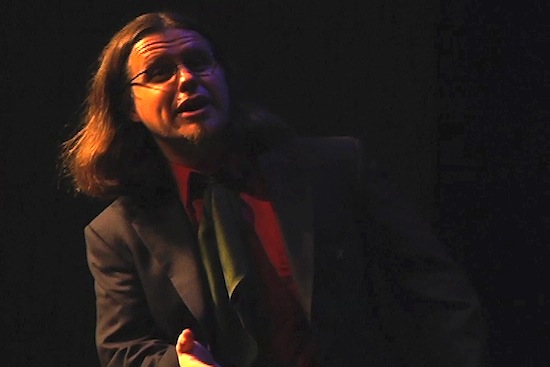 Who was Lethan before Traumatic Brain Injury? Lethan before his accident was a normal teen who wanted independence while unabashed about asking his parents to borrow ten bucks.

Lethan sets his own stage in “Who Am I, Again?”:

I was 17 years old, a senior in the small town of Bloomsburg, Pennsylvania, and I was ready to get out of Bloomsburg.  I had a plan.  I was going to be an actor, study theater in New York or L.A. or Sheboygan, Wisconsin or anyplace that wasn’t small town Pennsylvania and I was at that age where I was having a lot of fights with my parents.  I would say things like: ‘Mom, Dad, I don’t need you anymore.  You are just the weights holding me down, keeping my creative spirit from soaring.  I am going to do whatever I want to do.  Okay?

Can I borrow ten bucks?’

So that’s where I was.  That’s the setting.

We also learn more about Lethan from what his friend Ryan tells about how he learned about the accident:

I mean, here’s my best friend in that hospital bed alive but he and I, we used to talk about things.  You know, like music, movies, chicks.  And here he is having trouble forming simple sentences and it was weird.’

Lethan is the son of a clinical psychologist and a college professor.  He undoubtedly was heading to college before traumatic brain injury.  He was the older brother – the son who fought too much with his parents –  the ambitious young man.  His frontal lobes were still developing, which explains the humorous disconnect between wanting total independence but expecting his parents to continue to pay for that independence: “Can I borrow ten bucks?”

In other words, he was a typical teenager  before traumatic brain injury, likely to find his special niche in the world as further experiences, successes and failures molded him and laid down intricate memories and patterns of behavior on the neuro-circuits of his frontal lobes.   One thing we can be sure of: Lethan not only wanted very much to be cool, he probably was well on his way to it.

Next in Part Five – Brain Injury – The Unmaking of Cool