Lethan part ten gives Lethan a chance to offer advice to caregiver of severe brain injury. Once again we refer to is story of “Who Am I, Again?”

One of the most dramatic elements of “Who Am I, Again?” is the countdown to Y2K, New Year’s moment of 2000.

I was returning home alive.  I had been given a chance to view life in a new way.  I had binged the gates of hell and I had visited heaven and now it was time for me to share all that I had learned with the world and it was going to be good.  It was going to be real good.  A new life with a new millennium.  I like that.  Oh.  Five.  Four.  Three.  Two.

It is the pause, the silence – the absence of the celebration in the narrative, despite the buildup to it, that gives the story its power.

So 11 years later, what advice would you give to the 17-year-old Lethan on January 5, 2000, when the celebration’s over?

Don’t accept – trying to think – I know what I’m trying to say but I’m just trying to put words to it.  The simple way is to say don’t give up but I mean more than that.  I mean more don’t, don’t accept that you are any less of a person.

Don’t, don’t believe that you are any less of a person.  Recognize that you’ve got some new difficulties that you’re going to have to work through and I can say all these things but I heard all those things, too, and I don’t know if there’s really anything I could say to the 17-year-old Lethan, I’d just have to be there and really show love and caring for myself.  I’d, I’d have to – yeah, I think that’s the main thing is really just show that love and caring, be there. 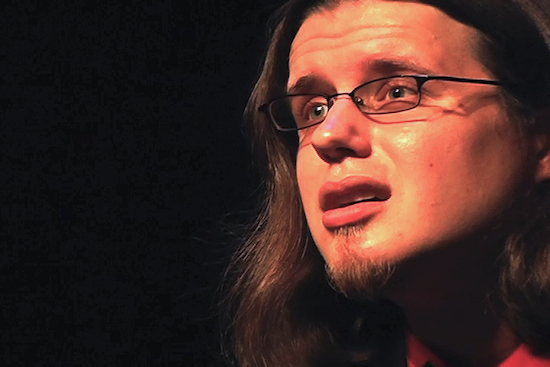 Lethan struggles to understand his interactions with his mother, his caregiver of severe brain injury .

What would you say to your mother as a caregiver of severe brain injury?

Thank you and I feel – I’m so glad that I can say thank you to her now and to all my family and all the people who were really there with me, thank you for being there and loving me and trying to say those things even though I would curse and swear and all the nasty things right back at them but thank you so much for doing that, yeah.

Next in Part Eleven – Surviving Severe Brain Injury – Who Is Lethan?