Nancy wasn’t the only one in the accident that was injured.  Her father also suffered brain injury.  Because of this we will reference their injuries as a family TBI. 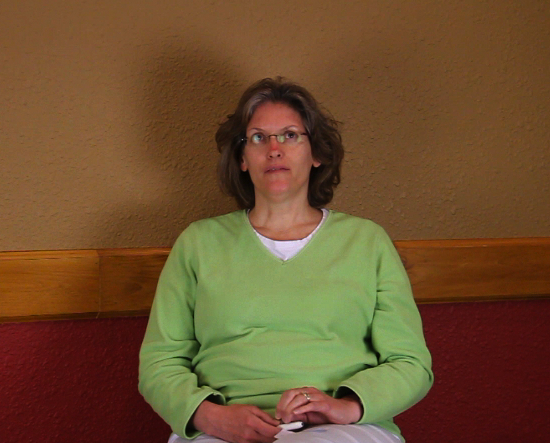 Nancy’s Mom tells about the day of the wreck.

We have often used moms to narrate the beginning of stories and with Nancy that is particularly helpful as it wasn’t just Nancy injured in the accident, but also her father, who we will call Otto.  Thus, Nancy’s Mom, Otto’s wife has quite a story to tell regarding their family TBI.

The evening of Saturday, February 1, 2003 I got a phone call that my husband was on his way home.  He had actually called me on his cell phone.  Called me, told me he was on his way home from a field trial from upper Michigan.  That they had just stopped, ate at their favorite Italian restaurant – they were heading home but the roads were rainy and icy.  So he was going to slow down even more he said.  So he’ll probably be driving about 35 miles an hour.

So you talked to him on the way home, seven a half, seven and a half years ago before the family TBI?

Yes.  So it was about between 6:00 in the evening.  So about 20 minutes after that I got the phone call from the friend who was riding in the vehicle with my daughter and husband and he said that they had been an accident, that my daughter has a goose egg on her forehead and, she was breathing on her own but unconscious and they were taking her out of the vehicle to the hospital.

I asked well how long will that be?  And he had said it would be about 25 minutes before they get to the hospital.

What hospital would that have been?

It’s north of Madison, our capital of Wisconsin, about three and a half to four hours away.  Quite a haul.

So, when I was listening to him I was planning on calling the other Sunday school teacher and rearranging the next day, the next day’s lesson at Sunday school and preparing to stay over night at our local hospital.  And  then I made some phone calls to my family, which I have a large number up in the north woods.  So, called them and told them what was going on and that I was going to be going to the hospital.

From what you know it’s your daughter Nancy, who’s been hurt, is that right? You didn’t realize it was a family TBI at this point?

Nancy’s Mom Didn’t Realize this was a Family TBI

Nothing about your husband?

Nothing about my husband.

When I got to the hospital, the Sunday school teacher that I had was also a lay minister at the church, at the  hospital.  He said: “Well I’ve reserved a room for you.  A larger conference room for you because I know you’ve got a lot of family.

And he said “Is there anything I can do?”  And I said, well, let’s call the minister and have him come over to the hospital.  And when I got there he, showed me the room and he said: “It’s a lot worse than what you think it is, and I want you to prepare yourself. “

And so right then I could feel my knees get really weak, and I could feel the color just drain out of my body.  I’m a pretty strong person and I’m kind of in charge of a lot things.  So I was really surprised I was reacting like this.  But we had just had several car accidents of teenagers in our local area, and we’re seeing them come back in for therapy and rehab which is the department I work at the hospital.  I was watching these teenagers come in and thinking oh my gosh, they have such strong families and let’s hope this never happens to me.  And, uh, it happened.

I walked in and the first thing I saw other than Nancy in the bed – she was getting sick.

No.  She was unconscious but vomiting.  I looked on the floor and there was all her clothes and I realized that she’d be mortified if anybody, if she knew anyone was looking at her without her clothes on.  Because, you know, they cut everything off.  So, her snowmobile suit, her underwear, her shirt, everything was laying in a pile on the floor.  And I walked in and she was getting sick and I kind of rubbed her foot and I said: “Mom’s here.

And then I was pulled out of the room by the doctor.  And the physician had told me that it’s bad and we need to take her in for a CT scan and to try to call family because we’re going to have to transport her to a facility that can handle a brain injury.

Now you said you worked  in this hospital? Tell me about your life before February 1 of 2003, before family TBI?

I work at the facility at Howard Young Medical Center and I work in the therapy department of the hospital.  I run receptionist I do all sorts of medical records and a lot of customer service with the people who come in the door and with our employees as well.  And I’m also a massage therapist.

How long had you been married before family TBI?

She was nine, so about ten years.

What did Otto do for a living before the family TBI?

He had his own business.  He has his own tree service and was doing quite well at that time.

They also had a son, two years younger than Nancy.