Head Injury in the Family: Nancy’s Wasn’t The Only One

TBI VoicesHead Injury in the Family: Nancy’s Wasn’t The Only One

Head Injury in the Family : Otto Part One

While it is not a unique circumstance, imagine how much more difficult dealing with a pediatric brain injury caused by a skull fracture to your nine year old daughter would be, if one of the parents of such child, also suffers serious injuries in the same wreck, including a brain injury.   While Otto’s clearest injuries in the family wreck were orthopedic, Otto clearly had another head injury in the family in additions to his daughters (detailed further in our previous story about Nancy ) .  Yet, likely because of the life threatening emergency involving his daughter, and also because of his broken ankle, his traumatic brain injury went undiagnosed.  Nancy’s Mom, Otto’s wife recounts the confusion just before she left her husband who had  another head injury in the family to spend weeks in Madison with her severely brain injured daughter with a skull fracture. 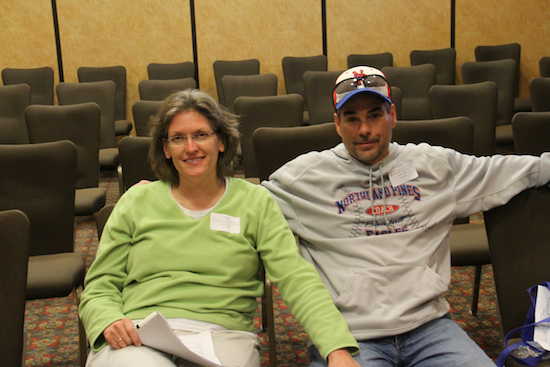 Otto, Nancy’s father not only had to deal with her TBI skull fracture but another head injury in the family which resulted in brain injury.

They’re trying to figure out where to take your daughter with her TBI skull fracture and your husband does come in by land transport with another head injury in the family?

Yes.  I go to his room and check on him and he’s, he’s telling me over and over again, you know, how is she?  What is she doing?  How is she?  And quite, quite in, I wouldn’t say incoherent but very upset and, you know, tears rolling out of his eyes and then he rolled towards me to talk to me a little bit.  His, his neck was in a C‑collar but an average one because he was able to, to talk and verbalize injuries and things.  But he turned over to me and all I remember seeing was that the skin fell away, his ear actually laid back and his neck was open and it was all, you know, like a nice laceration from, from his ear and his ear was just laying.  And it was the strangest thing I ever seen and I kind of like, you know, just mortified by it.

And I had said are you okay?  Does that hurt you?  And he said no.  He says, and all he was rambling on and on about Nancy.  What are we going to do and how is she and, and then, , I told him I’d be right back.  I had to find out what the, what the, uh, pediatric ER physician had found out and she had said that UW Madison is willing to take her and they need to leave now.  You need, the ambulance needs to leave now.  And I went back to his room and I said do you want to see her?  This might be the last time you get to see her.  And he said no.  It’ll waste too much time.  She, she needs to get attention immediately and that was the last I saw of him for quite awhile.

Now you said that he was having a lot of anxiety, a lot of emotions, not really noticing what should have been painful and that was another head injury in the family.  Did he keep repeating the same questions?  Did he seem to be, ask you a question then have to ask it again?  The same question a minute later?

It was like he wasn’t listening to everything or what I was saying was not registering with him.  So yes it was, it was repeated questioning and that happened for quite a while.  Even with phone calls later on it was, it was hard.

He knew that she was hurt but he was having a hard time grasping more than that because of his own head injury in the family.

Yeah; correct.  You know, I would say well, she made it through the surgery; everything.  We don’t, we don’t know what’s going to happen until she wakes up and, you know, I couldn’t even really quote what we had talked about because I almost got frustrated that he’s not – it’s not that he didn’t care but he wasn’t listening.  And then on the third day I called up and I talked to the nursing station and asked if he had had a CT done.

He’s still in the hospital?

Is he there because of a head injury or other injuries?

Some patients may not become aware of, or admit, the extent of their symptoms until they attempt to return to normal functioning. In such cases, the evidence for mild traumatic brain injury must be reconstructed.  Mild traumatic brain injury may also be overlooked in the face of more dramatic physical injury (e.g., orthopedic or spinal cord injury).

This is clearly what occurred in Otto’s case and his won head injury in the family, with the risk of misdiagnosis being dramatically increased because of the emergency circling around Nancy with her TBI skull fracture and the fact that his wife, the person who would most likely have brought his symptoms to the attention of medical personnel, was in Madison, three hours away.