The only visible evidence of Fred’s injury is the trach scar. He was friendly, bright, thoughtful and appropriate in all of his responses, including showing subtle and appropriate humor. Based upon all prognosis guidelines, he has defied the odds of recovery post brain injury . From his own perspective, his largest problems are not related to thinking, but the speed with which his brain works and his memory with his recovery post brain injury. 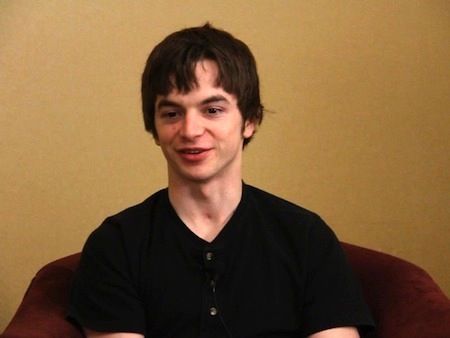 When asked what he considers his biggest problem with recovery post brain injury, Fred said:

My, it’s actually, and I always, I always laugh when I try to say it, becausebecause it’s this one right here. It’s, I, my processing speed. Like I, I’m, I’m not cognitively disabled; I’m not mentally disabled. So there, I’m not, I don’t think as fast as I should. I don’t put things together in my brain as fast as I would normally do it.

It does show up. It shows up more to me in my personal life when I see things, rather than to other people. You’d have to ask people around me how much different it is with me around not being as quick, quick-witted as I always am. But, I mean, I’m still, I don’t know, it just, it’s just very frustrating for me, because I’ll be able to see it on occasion.

Do you forget things with your recovery post brain injury?

Not as bad as I used to. I used to forget things really badly. My medication. I’d forget to take my meds at night and, you know, becausebecause I take my medication at night and, you know, I would just, some nights I thought I took it, but I didn’t. I’d make, I told myself I took my meds but I really didn’t. And I would just forget to take them. One night I took my meds twice.

My memory has improved. I believe that (therapy) has definitely something to do with it and I burned into my brain, too, with my medication, because I have the, one of those holders that says, you know, S, M, S, T, W, T, F, S, or something like that. And, so, I know what day I’m on and I have it figured out in my head.

What kind of treatment are you getting for your memory recovery post brain injury?

I’m going and seeing a speech therapist weekly as well as I’m seeing a vision therapist weekly. The speech therapy is not, not for my speaking ability. It’s for my, my brain to, to help me think quicker and they just give me more tests every time I go in and they’ve helped me out really well.

They have me, it’s a web site called lumosity.com and that’s a, actually a, a brain game thing, web site, where actually it deals with brain injury and whatnot. I think it’s targeting minor, minor brain injuries in comparison to mine was a traumatic brain injury, to where like if you had a bad concussion to where you aren’t as quick as you used to be, to start with and then you just do the lumosity and you can go back to normal.

Okay, do you have problems with being absent minded, scatterbrained?

While it is potentially misleading to make an evaluation of absentmindedness, decision making or other frontal lobe issues based upon self report of a TBI survivor, his mother reinforced that in general, his cognitive complaints are resolving with his continuing recovery post brain injury. In some material ways Fred believes that his life has been more focused as a result of his brain injury and the therapy has given him a structure and goals that he did not have before. Unfortunately, his normal day doesn’t involve as much structure or cognitive stimulation as would be ideal.

His normal day consists of the following according to Fred:

I wake up, I read my email. Then I eat breakfast. (When I get up), it varies. I mean, it can be anywhere from 8:00 in the morning to 2:00 in the afternoon. Then I eat and then I have myself kind of on a broken, broken exercise routine. I go downstairs and lift weights and I play Scrabble with my mom on a regular basis.

I usually end up sleeping an hour or two in the day.

I want to go bed before midnight. I mean, it’s, I’m, it’s bad because I’ll sit up, I’ll get on the computer and so I’ll end up staying up much later than I want to. But usually between like, if it’s before midnight, like 11:30 to midnight is a good time for me.

I usually, I have, I always end up waking up in the middle of the night and whatnot, too.

What do you do during the day when you’re awake?

Not a lot of anything that’s very productive. I find stuff to do. I, sometimes I try to get a hold of people I know and play a game with them once in a while. I shovel snow when there’s snow usually. Sometimes I don’t shovel snow. But I, I try not to watch TV or sit in front of the computer. I try to find things to do.

The biggest obstacles in his recovery post brain injury now appear to be more physical, neurological and pain problems. We will discuss those issues in our next part.

Next in Part Six – Headaches, Neurological and Vision Problems.